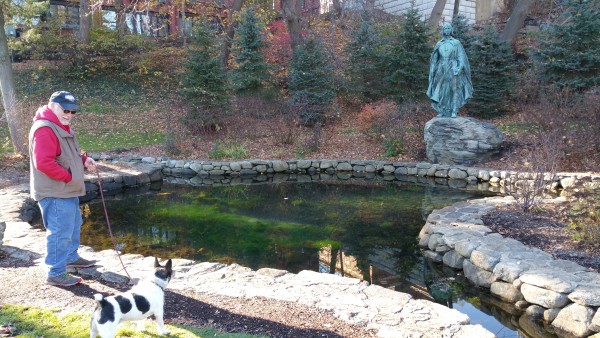 Jack’s owner reached out to me, because he wanted to provide his dog with more than what the usual had been.

We started with obedience training and then worked on socialization.  You see, his owner had gotten stuck in the rut of letting everything take over and not having enough time for his dog.  So here we are in Plymouth, MA working on being out and about and behaving at the same time.

This picture continues to make me laugh, because Jack’s reaction to the big scary green Pilgrim Woman was priceless.  So much for the tough terrier.

Jack’s owner still struggles with having enough time in a day, but at least now Jack is at the top of the priority list.